As we all know, Dire Straits had their big world tour in 1985 for promotion and support of their fifth album Brothers in Arms. The tour started on April 25, 1985, and ended on April 26, 1986, in Sydney, Australia.

Tour included dates in the Balkans states (Yugoslavia), Israel, Europe, North America, and Oceania. Today we would like to share one interesting image. It’s about the Dire Straits bus which the band went on the road with it.

A big thanks to Public Record Office Victoria, Australia, today we can take a look at this interesting image. The image was uploaded on Flickr on October 4, 2019. You can also download the image if you want in X-large resolution – on the following link.

“An elephant facing the paparazzi, and the offloading of a Dire Straits tour bus. All in a day’s work for the Port of Melbourne in 1985!” 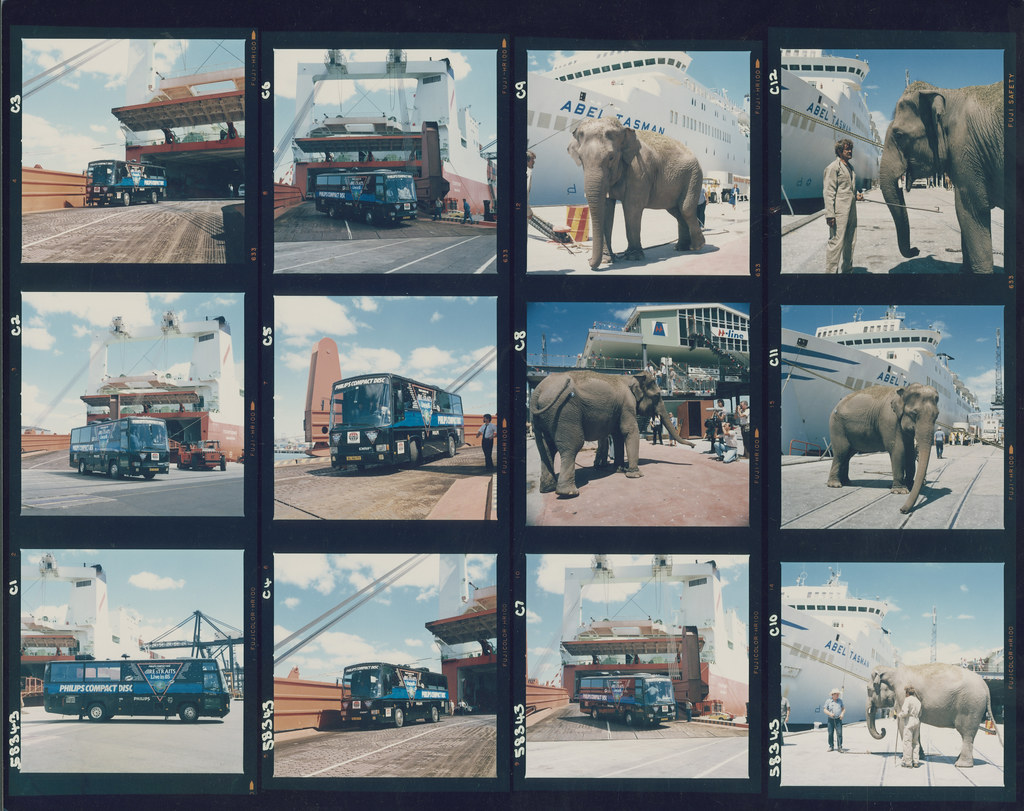 PROV is the archival authority of the State Government of Victoria. The building holds around 100kms of records dating from the 1830s right up to the present day. The impressive collection includes records of immigration and shipping, criminal trials and prisons, premiers and governors, royal commissions, and much more. These records hold stories of the key events and decisions that have shaped the history of the State of Victoria.

Among PROV’s records are hundreds of thousands of photographs. These photographs are more than just a record of government activities and official employees: they provide a window into the life of ordinary Victorians.

The enormous photographic collection created by the Public Transport Corporation, for example, includes images not only of railway stations and locomotives but also of people and places, floods, fires, important historical events, buildings, and street scenes.

If you want to read more about PROV – click here.

The ex-member of Dire Straits and multi-instrumentalist Guy