The Notting Hillbillies was a country rock project formed by Mark Knopfler in May 1986. The group consisted of Knopfler, Steve Phillips, Brendan Croker, Guy Fletcher, Paul Franklin, Marcus Cliffe and Ed Bicknell. They gave their first performance at a small club in Leeds, and followed up with a tour.

By the turn of the 90’s the years of touring as the kings of stadium rock had taken their toll on Dire Straits especially frontman Mark Knopfler. Today we look at his project with a bunch of mates that Knopfler own description said that he fall in love with music once again.

The roots of the Hillbillies went back to the late 1960’s, when Mark, at that time like an journalist in Leeds, met local guitarist Steve Phillips. He encouraged Knopfler to pursue his own passion for guitar, and the duo teamed up for local gigs as the Duolian String Pickers. 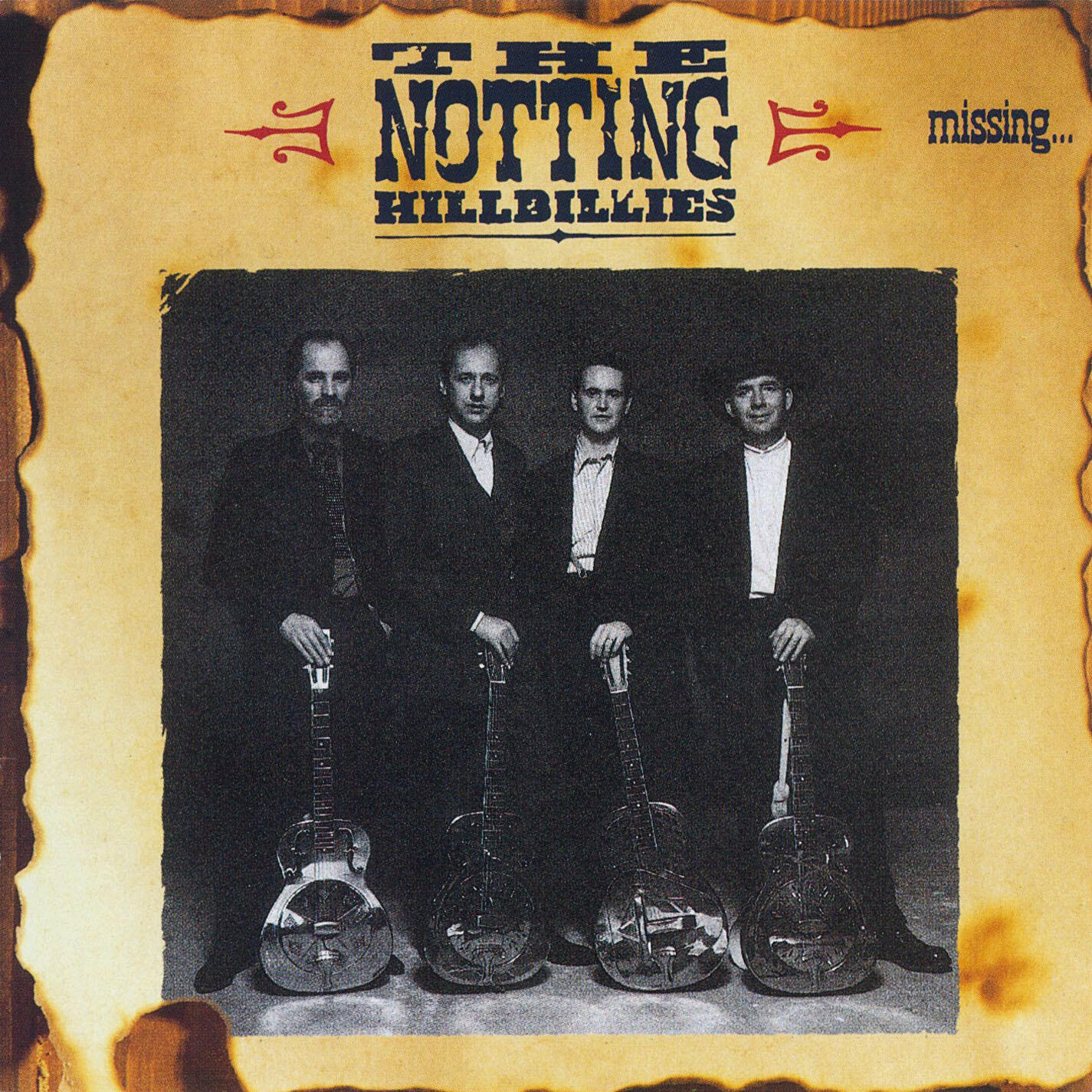 As we know Mark left for London to play with Brewer’s Droop and then form Dire Straits, while Phillips stayed local and later working with the writer and guitarist Brendan Croker, under the name Nev and Norris. Phillips and Croker released records of their own and remained friends with Knopfler. Croker’s records in the second half of the 1980’s including some with his band the 5 O’Clock Shadows, enjoyed critical success, even if the longer shadow was the one cast by Straits’ massive worldwide success. 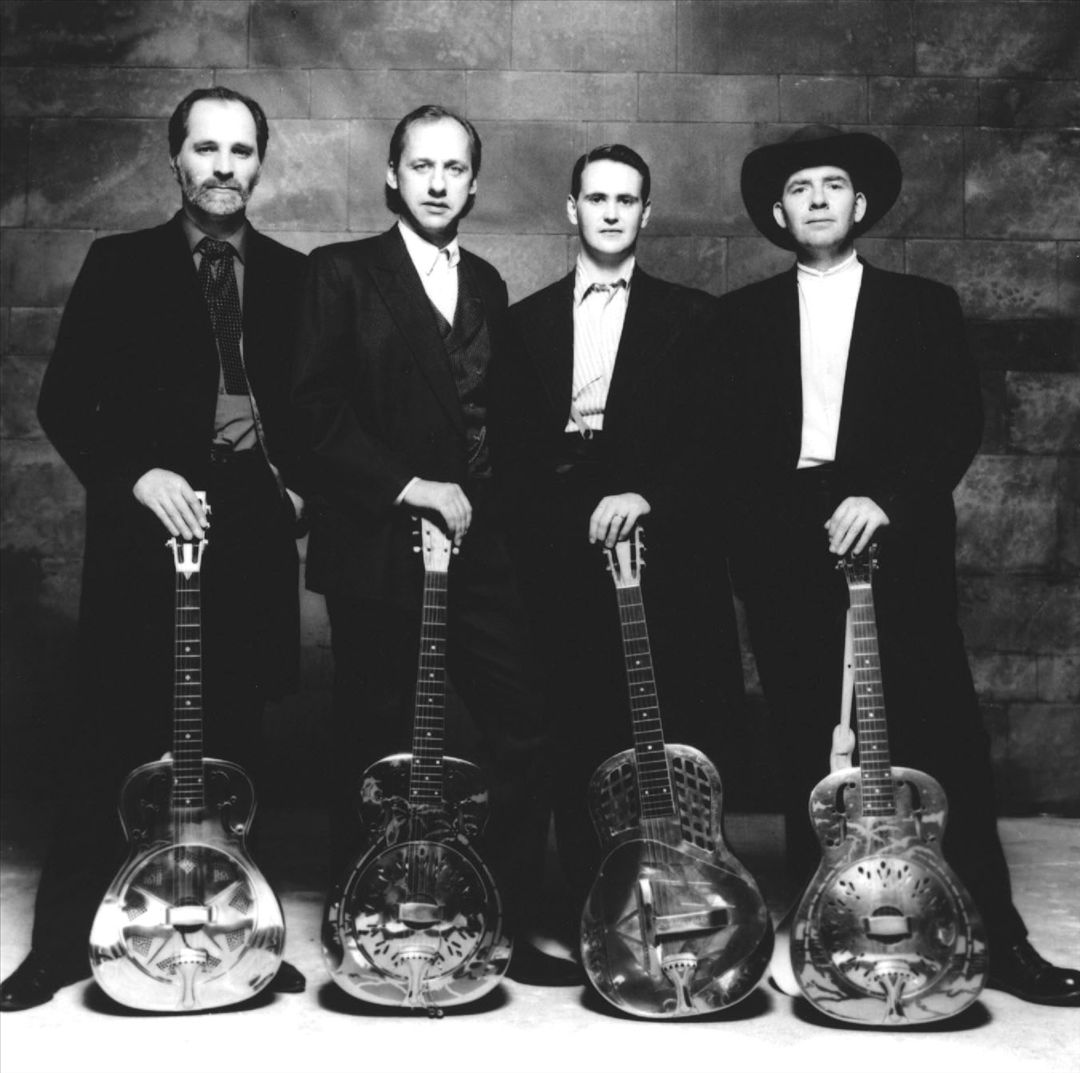 In May 1986 Knopfler been in need of some creative sustenance at the height  for the global mania for Brothers In Arms, and because of that he gathered with Phillips and Croker, and others friends for a pub gig as the Notting Hillbillies. The gig took place back in Leeds, in the back room of the Grove pub, which was packed with some 80 people. The band played a combination of originals and covers such as ‘Love Me Tender,’ ‘That’s All Right’ and ‘Your Cheatin’ Heart.’

Further plans for the Hillbillies had to wait on the availability of its members. One more individual show took place in Sheffield in 1989, but then came the commitment to make the album. It was every bit as much a delight for listeners as it was for the friends making it.

Missing…Presumed Having A Good Time, produced by Knopfler and Fletcher, sounds like a preview of the rootsy style that Mark has pursued with such distinction in his solo career. But when it was released in March 1990, when Dire Straits were still together, its undiluted Americana stylings were quite a surprise for many listeners.

It featured three new songs, one by each of the principles, with Knopfler’s distinctive ‘Your Own Sweet Way’ complemented by Phillips ‘That’s Where I Belong’ and Croker’s ‘Will You Miss Me’.

But the album was also a platform for the Hillbillies to visit some of their favourite country-roots favourites, such as the Louvin Brothers’ ‘Weapon Of Prayer,’ the Delmore Brothers’ ‘Blues Stay Away From Me,’ Charlie Rich’s ‘Feel Like Going Home’ and a number of traditional pieces. The band supported the record with a 16-date UK tour between March and May 1990. Touring without the comforts of the stadium and arena circuit.

As Bicknell told Q Magazine just before the tour started: “We’ll travel in a minibus, with one truck for the gear. No tour catering — as Mark said, ‘There’s an Indian restaurant open in most towns, isn’t there? But there’ll be 17 of us and it’s impossible to get rooms not less than 50 quid a night for a group that large. Those are the realities you have to deal with. There’s the cost of five weeks’ rehearsals to cover too and I had to give serious consideration to the fact that most of the people on this tour need to earn a living, even if Mark and me can afford to be blasé about that sometimes.”

The album has made performed well. Debuting in the UK at No. 2, spending weeks on the top 100, reached the top ten in many other European countries and also in Australia. Then this pleasurable was over, as the group members went back to their day jobs.