The ex-bassist and member of Dire Straits – John Illsley still makes music but says making art takes up the most of his time.

He first started with painting probably when he was about 15 years. John was basically inspired by his teacher Don Faulkner and he started with it. Schooling was quite formal in the 60’s but he came in and was a real breath of fresh air and got an awful lot of people, excited about art. He was of the opinion that there weren’t really any rules and that one could approach painting or drawing in a million different ways.

“He gave you the chance to express yourself in whatever way you wanted and he used to organize these wonderful trips to London. I think it was 1966 when we went down to the Royal Academy and they put on a show of Pierre Bonnard’s work. I went with him and a few others and it just completely blew me away.” said John.

John picked up a guitar around the same time and he had a little dilemma what to do between guitar or art in that time when he was young teenager with 14 – 15 years.  He decide to play guitar and to be musician. (You can also see all paintings from John here).

After Dire Straits – John started painting somewhere between 1992 and 1993. He got the studio and he worked most days when he had time. It was several years before he had a show. His show was with some other musician who also painted in 1997 and 1998 there would been Ronnie Wood and few more musicians.

John had solo exhibitions since then in London, Sydney and New York. He sold a few paintings, but now he is with Belgravia Gallery in London and he was hoping to get another show together soon. There are lots of people who John has admired, he love to go to galleries and look at paintings. 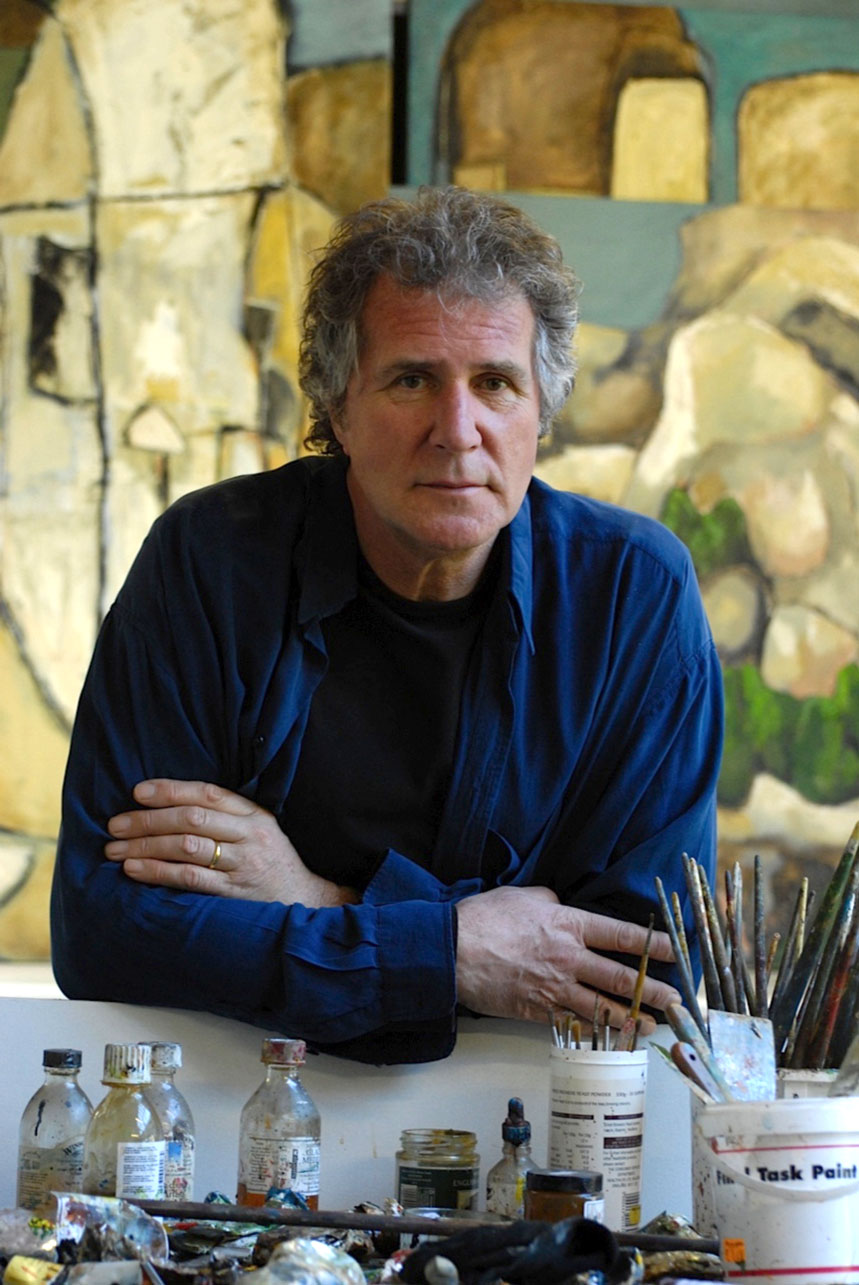 Ben Nicholson and Georges Braque are two people who John looked at lot of time and also William Scott. Peter Lanyon too and Roger Hilton did some fabulous things. John also have a couple of Hiltons at home. John really loves the paintings of Picasso but one person have all influenced to him more than any, that is the Australian painter Brett Whiteley.

He is sadly dead, but when John was in Australia with Dire Straits back in 1982 they became a friends and John realized his work and see that Brett was really special. Maggi Hambling is a incredibly inspirational person with passionate and with many experience.

She taught John sculpting when he was on that course. And she taught him that the most important thing is a transfer of energy from whatever you’re looking at, to the that thing on what you’re worked on. “I tend to work on a group of paintings at once. I get really involved in looking at something and trying to interpret it and then I suddenly stop and move on to something else.” – John Illsley.

I went through a whole phase of painting guitars, but I didn’t want to end up just painting instruments or the band. I bounce out of bed most mornings. It drives my wife crazy but I don’t like wasting time and I’m always excited to get to work.

At the moment I’m working on some fairly decent-sized abstracts. I seem to have get involved in the colour red for some reason. I was very much into blue for a long time and I went through a green phase and now I’m going a bit red. When Dire Straits finished touring I got in touch with Don again and now we meet up at the Royal Academy, look at some pictures, have a coffee or lunch and chat about art.

The last album of Dire Straits On Every Street fro