From Dire Straits’ “Brothers In Arms” album which was released in 1985 and reached the number one spot worldwide. It was the first CD to outsell the vinyl version, and it was the first rock album recorded completely in digital (DVD).

While not being a single, “Brothers In Arms” was a marvelous song and it got a video. This album had three singles as an opener, then the rest of the album was a based mainly on the subject of war.

“Brothers In Arms” is not only a great song but also in that song you will find what many consider to be Knopfler’s most beautiful and emotional solo. The video of the song is also measurable in beauty as the very song itself. 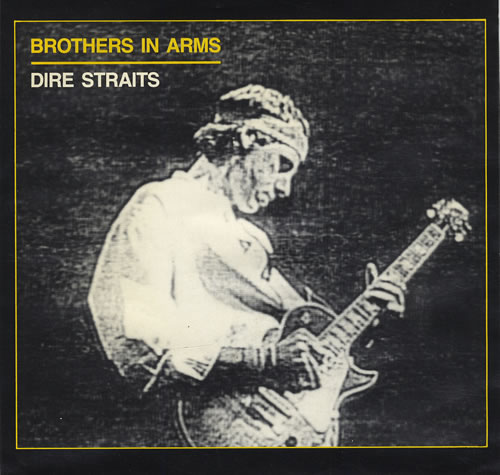 “Money for Nothing” features  Sting singing “I Want My MTV” it was one of the biggest singles. The video was pioneering in that it was the first to use CGI (computer-generated imagery). It soon became one of the most frequently played songs on MTV due to the fact that they mentioned MTV in the song.